How to Inspect and Improve Memory Usage With dotMemory

In .NET programming, coding with care when using static variables, disposable objects, events, and threads as memory leaks can happen if we don’t code the right way. In this article, I’d like to share with you a powerful tool to detect and resolve memory leak issues - that is dotMemory.

First of all, what is a memory leak? According to pcmag.com, it is “a condition caused by a program that does not free up the extra memory it allocates.” And jetbrains.com says, “a memory leak is a result of incorrect memory management when an object is stored in memory but cannot be accessed by the running code." Also, “memory leaks add up over time, and if they are not cleaned up, the system eventually runs out of memory.” 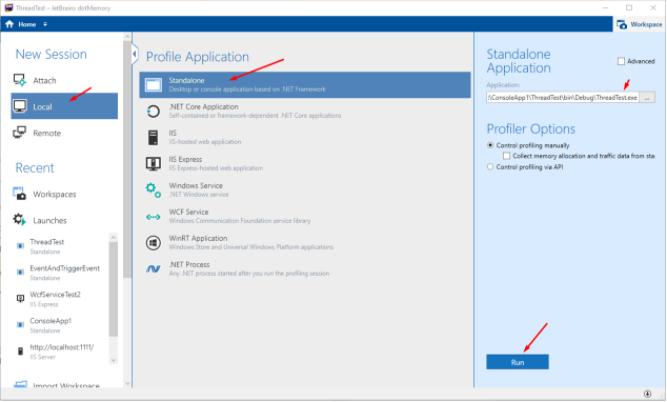 In my example, I am configuring to run a console application from the local. 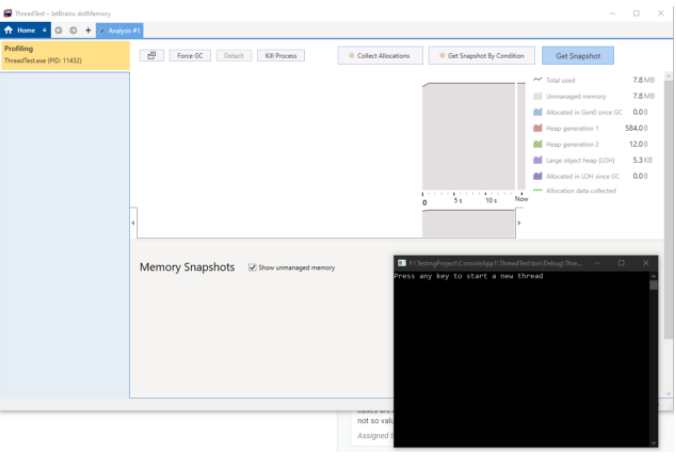 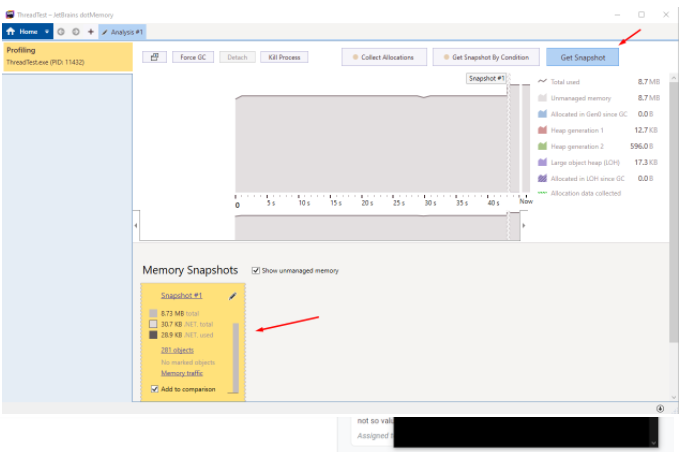 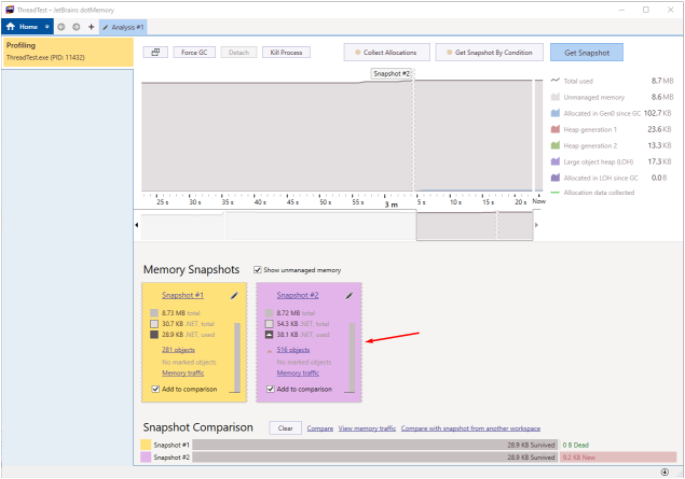 Step 3. Compare snapshots
You can take more snapshots when monitoring the application. After that, select two snapshots that you want to compare and click on the compare button. 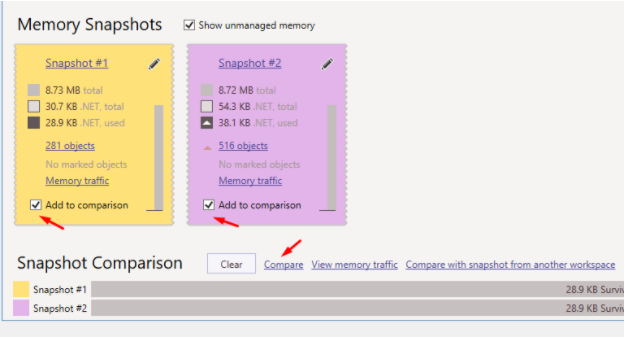 Then, you can see in the following window these elements:

All is by “namespace” while your application is running.

Event handling in .NET is a popular cause of memory leaks. The reason is that once you subscribe to an event, memory is allocated, and it’s only released when you explicitly unsubscribe it. See the example below: 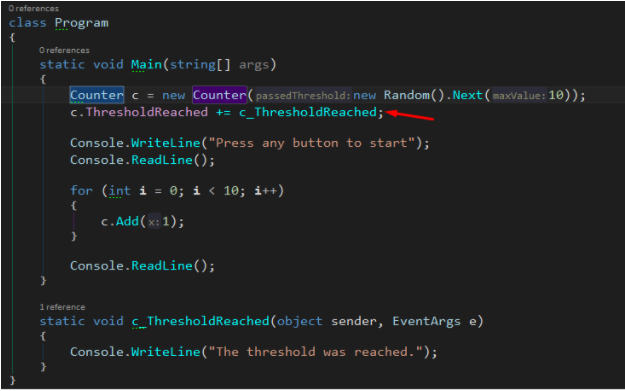 After running and closing the above console app with dotMemory, you will see this: 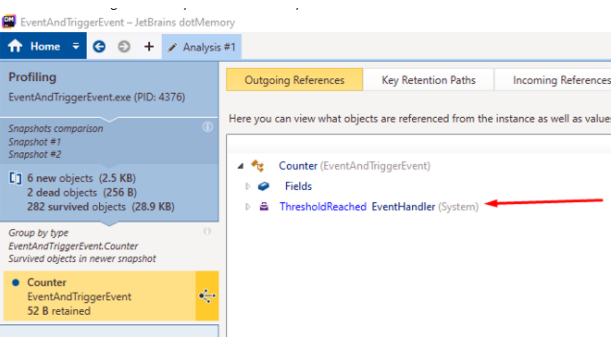 The ThresholdReached event is referenced in memory and can not be released after closing the application. To solve this problem, add code to unsubscribe the event. 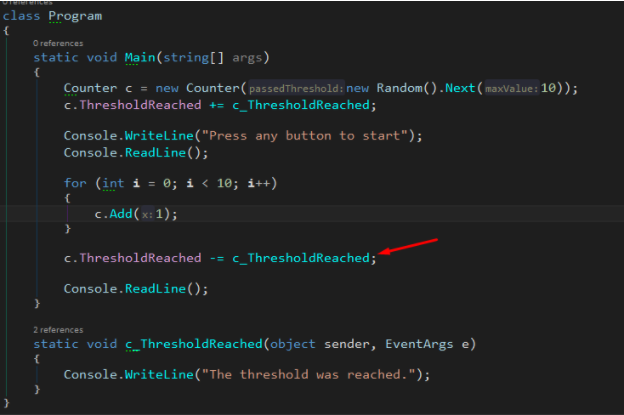 Next, run dotMemory again, and you no longer see the ThresholdReached. 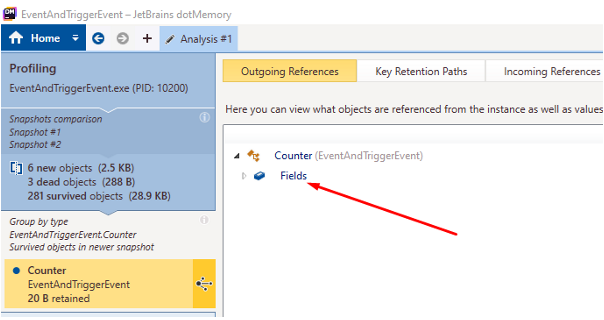 Cache Big Data
Like the static variable, in some cases, we may catch data in memory, but the application may run out of memory when caching big data. For example:

In this case, the method GetDataFromDatabase is expensive to call, so I cache the data returned to a static variable. After a while, the memory will be eaten up and may cause the application crash. The solution can be to catch data to a catching server like Redis.

For example, your application creates a new connection to the database. After connecting and getting the data, you forget to close the connection. The GC doesn't manage the unmanaged memory allocated for that connection, so it is left there as a memory leak.

Same issue can help with using file streams. See the below example:

I add code to read a text file by stream reader and forget to close it.

After reading the file, I get a snapshot from dotMemory as follows: 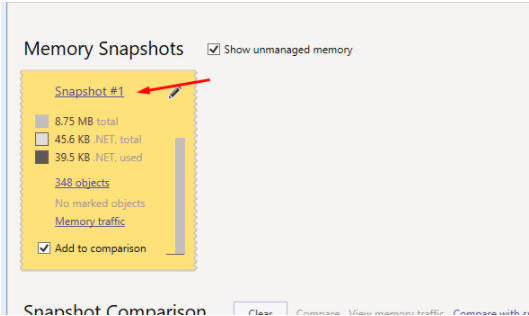 In the Snapshot windows and Finalizable section, it shows the File Stream that I need to close.

Open the FileStream object and see the details:

If I add the using statement like below, the issue is gone.

In dotMemory, the stream reader no longer shows.

In class Counter, I have a method to get the total number of users from the database, so I need a database connection object which is disposable so I have to implement an IDisposable interface in order to clean it up at the end.

dotMemory is a great tool for investigating and optimizing memory usage in applications. That is why I often use it in almost every application I’ve developed so far. I hope the above sample cases will be helpful to you, and check out this resource to learn more about dotMemory.

I'm working as a Senior Developer at Enlab Software. I'm passionate about technology and aiming to advance my skill in .NET back-end coding. Outside work, I'd turn into a semi-pro photographer and capture moments in life with my camera. I hope to share more tech talk and foster meaningful conversations about .NET in the future. 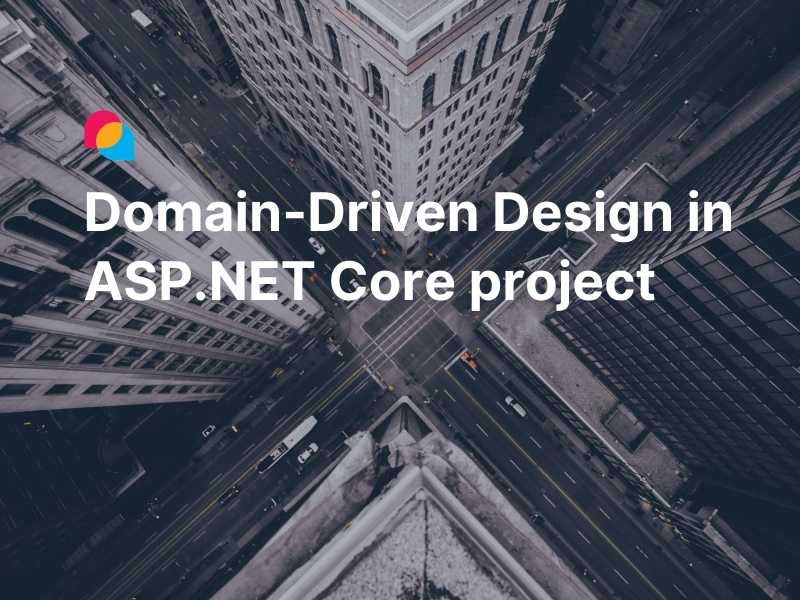 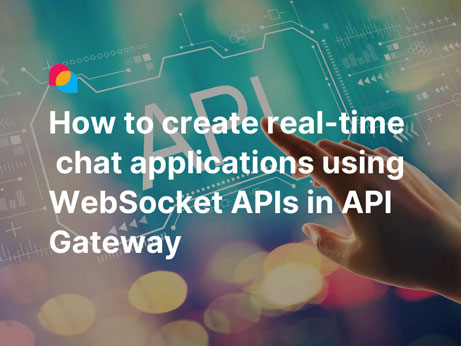 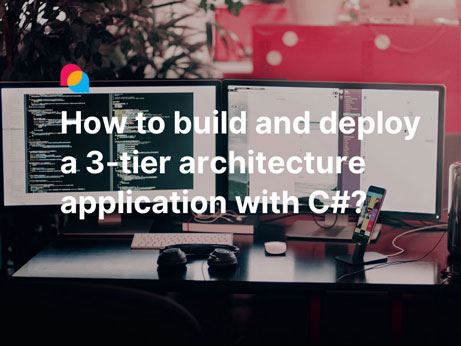 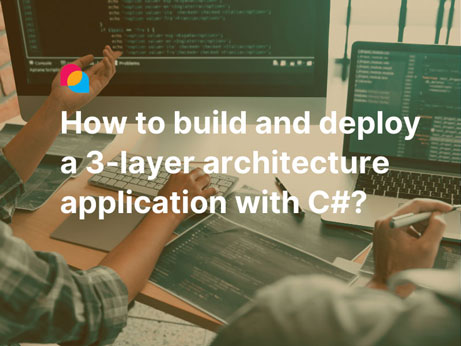