Why should startups consider Flutter for cross-platform app development

What makes your startup successful? In a sense, you may count upon the high-quality product and customer service excellence. But, as a startup owner, how can you neglect the importance of a platform that is the basement for your customers' access? With the right choice of technology, startups own the intrinsic power to survive and thrive with efficiency, cost-effectiveness in a competitive world in the long run, despite the evolving market needs. In this mobile-driven era, mobile development is the ultimate critical puzzle in your product plan. And for startups, who always need a faster time to market, cross-platform apps technologies are appealing options.

In recent years, Flutter has continuously been coming up as one of the leading cross-platforms in the tech world. But the question remains, “Should startups choose Flutter?” In this blog, we will discuss the reasons why Flutter is the right choice in terms of cross-platform mobile application development.

Flutter is Google’s open-source UI software development kit (SDK). It is used to develop the mobile applications of  Android, iOS, Linux, Mac, Windows, Google Fuchsia, and the web at an astonishing speed from one single codebase. It is based on Google Programming Language called Dart.

More than just being a UI framework, Flutter is a comprehensive SDK that includes everything you need to create a cross-platform mobile application.

Some big behemoths and startups, including Alibaba, Tencent, and others, have already integrated Flutter for their mobile app development. In a short time, Flutter has gained ground more than any other powerful cross-platform app development platform, including React Native, Xamarin, and Angular. It is fair to say that Flutter has a bright future, especially when Google is using it as a UI rendering engine in Fuchsia OS.

There are many benefits of having an application that is compatible with both iOS and Android devices. We have rounded up reasons as to why you should go for developing a cross-platform application.

Creating a native app can be an expensive process for companies since developers need to write different codes for multiple operating systems. Whereas, in cross-platform apps, a single codebase is used to build applications that function well on various platforms, minimizing the cost of maintenance of the software here and there.

Cross-platform development helps developers speed up the pace of developing an app on multiple platforms. By reusing the single codebase, developers are spared from rewriting the code from scratch to make the app run on various platforms. It helps to attain product delivery in a lesser time-frame compared to the native-app approach.

When you are creating a cross-platform application, you will not have to look for a developer to monitor the app’s efficiency on two different platforms. QA experts will have to test only one version of the app. Hence, it also saves time in testing.

As the app gets developed with less development and testing efforts than the native app development, startups can launch the app faster, take advantage of the market leader, and enable early feedback from the very beginning.

Why Should Flutter Be the Best Choice?

There are many cross-platform app development platforms currently available — Xamarin by Microsoft, React Native by Facebook and Angular by Google. All are available on the market before Flutter. The thing is, which platform should startups select to make the most of a mobile-dominating world?

In my opinion, Flutter is a promising alternative. For the time being, Flutter has swiftly acquired the top position in the list of cross-platform development. Just three years from the initial release, this Google-backed open-source platform has a vast community that consists of over 2 million developers. Flutter is developed by Google - one of the big four, so your maintenance will be supported better in the long term than other frameworks.

You could refer to the below chart for close comparison: 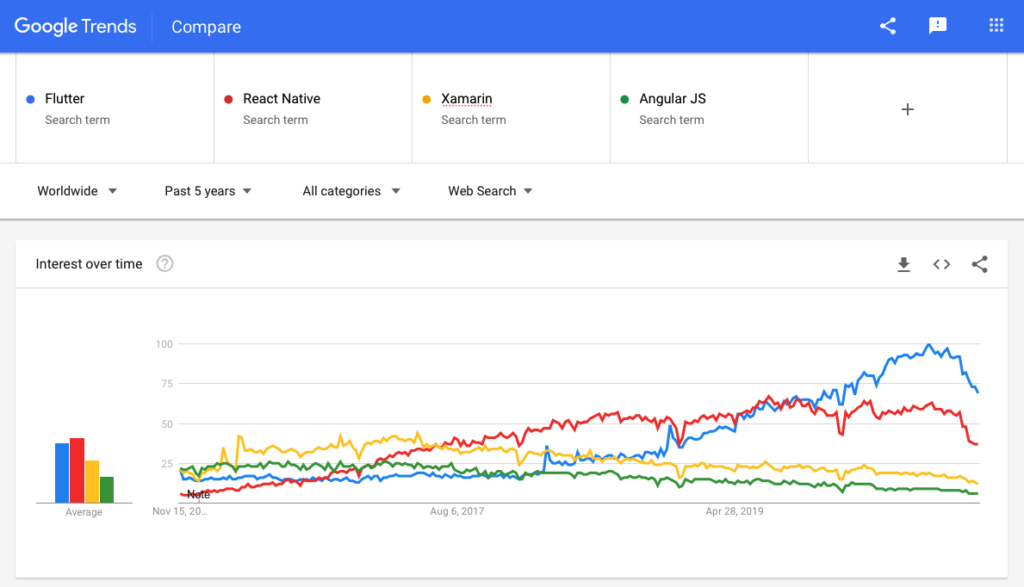 Flutter vs. React Native vs. Xamarin vs. Angular Comparison

Now let’s  go through some of the critical attributes of why startups should consider Flutter:

Cross-platform app development is a best friend of a startup as it allows building the app on multiple platforms from a single codebase. Flutter makes mobile application development easy. It increases your efficiency and productivity with lower cost and development time. Quick time to market is a critical part of the process of attaining traction.

Below is one of our projects built with Flutter, and brought us a happy client.

Users are looking for an application that provides them the best experience and high performance. To meet these requirements, Flutter is packed with a wide range of built-in widgets, such as Material Design (Android) and Cupertino (iOS flavor), animation and motion, painting and effect, scrolling, styling, interactive models, and so on.

Since Flutter uses Skia to render itself on the given platform, it makes it easier to launch the Flutter-based UI on any platform virtually. Furthermore, Flutter uses its own rendering engine, so you no longer need to adjust the UI while transferring it to the other platforms. It also lets the developers customize the apps at their convenience. With Flutter, users can enjoy a beautiful and intuitive UI and UX.

A Flutter app is built directly into the machine code, which will exclude any performance bugs during interpretation. A Flutter application is ultimately identical to the native app since it doesn't rely on any intermediate code representations or interpretation, in contrast to most other cross-platform frameworks.

You know, the mobile app development industry is going through a disruptive technological transformation. To build a prototype, experts often recommend choosing a cross-platform framework. The top three recommendations are React Native, Flutter, and Xamarin.

These days, most entrepreneurs consider React Native and Flutter. Obviously, both of them are the best, but we believe Flutter wins the competition in terms of design and flexibility.

Here are some other strong reasons why you should use Flutter for your MVP (Minimum Viable Product) app:

Is Flutter Good for Web Development?

The answer is yes. Flutter supports web content generation using standards-based web technologies: HTML, CSS, and JavaScript. Based on the web support, you can compile the existing Flutter code written in Dart into a client experience embedded in the browser and deployed to any web server. You can use all the features of Flutter, and you don't need a browser plug-in. Flutter for the web is currently available as a technical preview. If you're still considering the importance of Flutter in mobile and web development, Flutter is all set of high standards and undeniably sounds promising for the future.

Is Flutter only for UI?

The answer is no. Flutter is not just a typical framework that you can build a great UI. The code is compiled into a native platform software and uses the programming language, Dart. It's not just for UI creation like how Google uses Flutter to make some of its applications, such as Stadia. Other companies like the New York Times entirely use the Flutter framework to build their apps on web, Android, iOS, Mac, and Windows. Those apps all work excellently.

Is Flutter the Future of Mobile Development?

Yes, our own experience with Flutter provides the proven record that this framework has all opportunities to be a great option for developing mobile applications. It allows us to build mobile applications with a better user experience, robust performance, efficient programming, and enormous time and effort saving.

How much does it cost to build a Flutter app?

There is no standard price. It depends on the size, features, and complexity of the app. The cost also varies according to the developer's level and the countries where the development team bases. Flutter is a free, open-source platform, so you can easily skip the license fee and reuse the codes to build an app for other platforms without hiring additional developers.

If you choose to outsource your mobile app development in Vietnam, a Flutter developer's rate could be about $18-$30/hour.

Who is Using Flutter?

Below are some of the startups and the established enterprises have chosen Flutter for mobile app development.

You can check out more on Futter Showcase.

Above are some of our practical insights from the developers’ point of view that I hope will help you understand more about Flutter when it comes to your consideration phase.  Besides the right technologies to select, a development team is another crucial factor in successfully building your application. In another blog, I will share some insights about the critical factors of an efficient development team you would need to have. 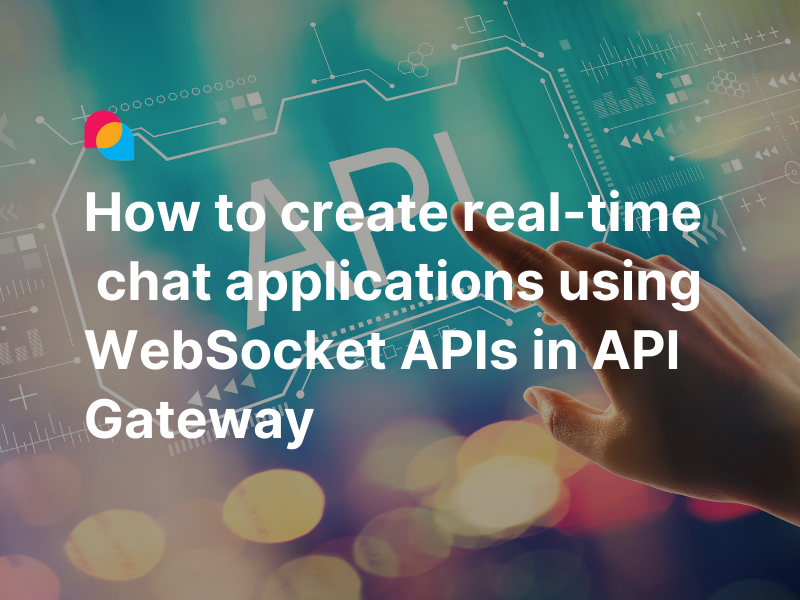 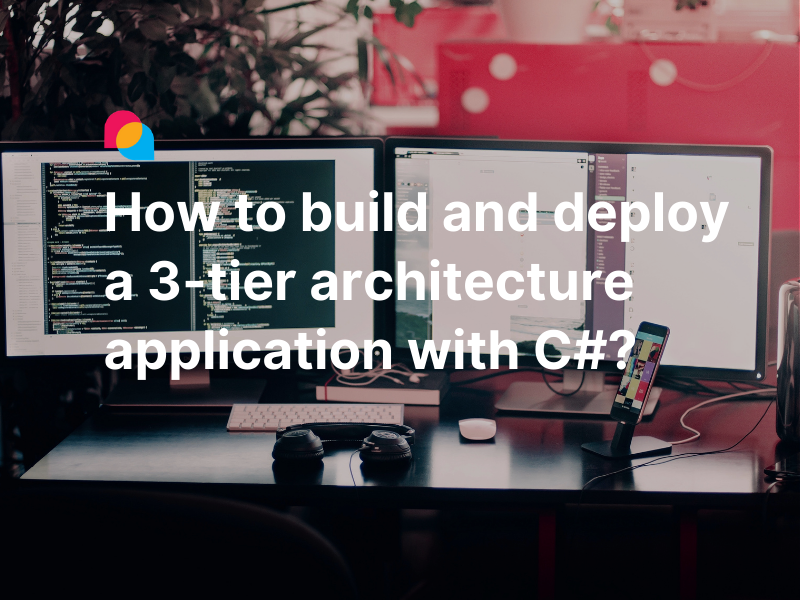 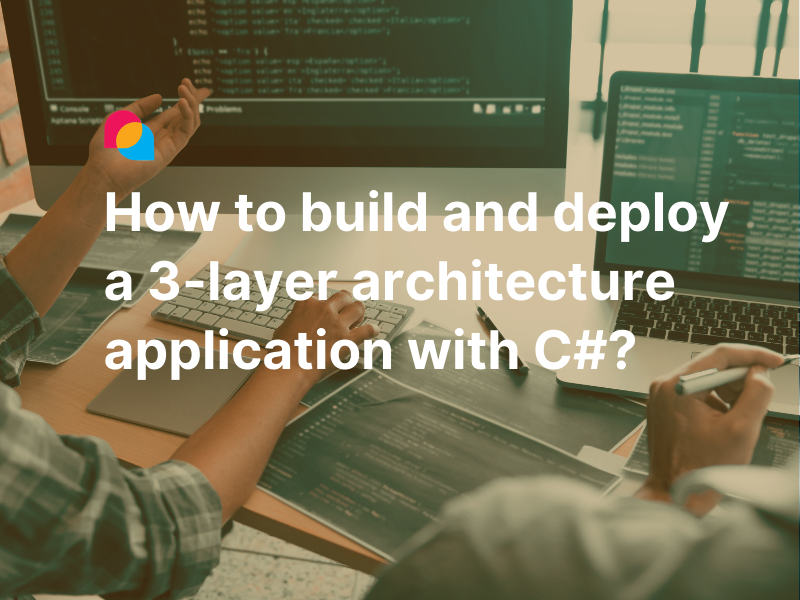